Here’s What DU Expects From The New Students’ Union 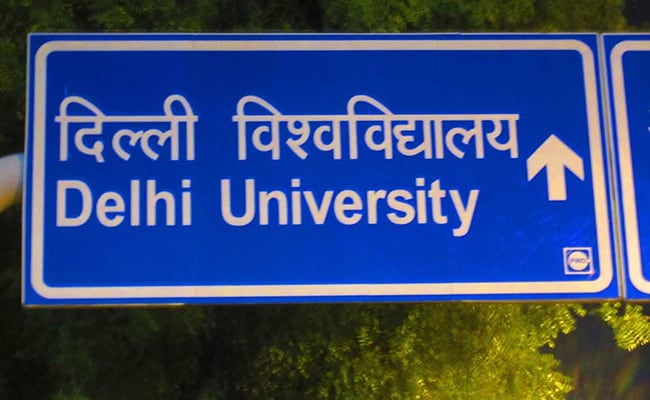 The results for the DUSU polls will be declared today.

New Delhi: A safer and cleaner campus, better infrastructure, WiFi accessibility and budget-friendly hostels are some of the primary expectations of Delhi University students who cast their votes on Thursday to elect a new union.

Polling for four positions of the Delhi University Students Union (DUSU) was held at 52 polling centres on Thursday. Sixteen candidates are in the fray.

Sanket Thakur, a student of Ramjas College, said the union should work to uphold rights of the students and ensure improved infrastructure. “The students’ union should talk about student rights and work towards ensuring a better infrastructure in the campus. It should also ensure that students get concessional Delhi Metro passes as the fares are exorbitant,” he said.

Pallavi Meena, a law student, said she wants the new students’ union to ensure better facilities in libraries. “The central library of the DU does not have adequate seating facilities for students. There is a scarcity of books for law students whose medium of instruction is Hindi,” she claimed.

She wants the students’ body to work for cleanliness. “I have voted for a candidate who can ensure that we have a cleaner college and a paperless election campaign,” she said.

Out of the 16 candidates in the fray, there are four women in contention, while two of them are contesting independently. A lot of students expressed happiness over participation of women candidates in the polls.

“It is good that parties are fielding women candidates, that too for the top post. I read somewhere that the NSUI has fielded a woman candidate after a gap of 11 years which indicates that parties have finally woken up to the power of women voters,” a student said.

Three women candidates are in contention for the president’s post.

For some, safety of women in the campus is a major concern. Achal Sharma, a law student, said stricter measures and increased police presence are needed to make the campus safer for women.

Another student, Dipanshu Bidhuri, stressed on the need for budget-friendly hostels for students. Some hostels were built but their rates were too high for students to bear, he claimed.

Pratimesh Karn, who is pursuing his masters, said the union should work to bridge the gap between the varsity administration and the students. “The Delhi University has fallen in the National Institute Ranking Framework which is not a good thing,” he said.

“This indicates that there is a gap somewhere and that the students are not getting that support from the administration. The union should work towards improving the varsity’s national rankings and for the welfare of the students,” he said.

Anant Kumar, another law student said, “We want WiFi in the campus with a good network.” Some students complained that the elected representatives never turn up to meet them post elections.

“The candidates throw freshers’ parties with great pomp and show before the elections. They even talk to us and ask us about the issues that we want to be addressed but they never turn up later,” said Ritu, a first year student.