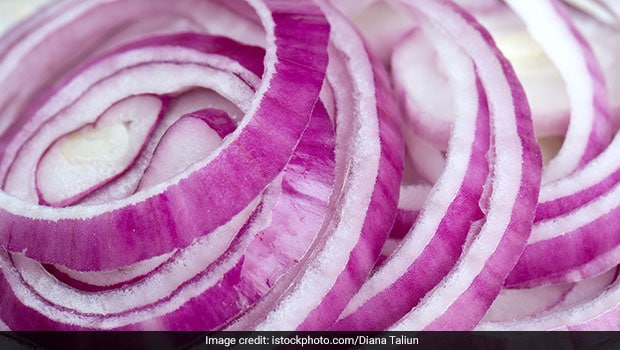 Diabetes is a condition that affects the body’s ability to process blood sugar normally, leading to an excess of glucose in the blood. There are two different types of diabetes – Type-1 diabetes and Type-2 diabetes. While the former is a result of the pancreas producing little or no insulin, the latter is a lifestyle disorder, resulting from the body becoming insulin resistant. Diabetes affects millions of people in India every year and common symptoms of the condition include frequent thirst, frequent urge to urinate, fatigue and hunger and even blurred vision in some cases. Diabetics need to be very careful about what they eat on a daily and even hourly basis. Diabetics need to be extra careful of their diet. They should include food that is high on fibre content. Fibre enables slow release of sugar in the bloodstream that prevents abnormal spikes.

There are certain foods and drinks that people can include in their diet to regulate their levels of blood sugar and onion is one of them. The vegetable may prove to be beneficial for diabetics, especially during summers.

Also Read: 5 Vegetables You Must Include In Your Diabetes Diet

Onion for diabetes: The veggie may prove beneficial for diabetics

Benefit Of Onion For Summers

Onion is an indispensable part of the Indian cuisine. It’s used in preparing almost every curry and rice dish, and is a common part of sides and accompaniments like chutneys, salads etc. Onion also comes with a number of health benefits, including boosting skin and hair health, as well as protecting the body against symptoms of heat stroke. Red onions, which are the most common onions used across the Indian subcontinent, are rich in the compound quercetin, which is a flavonoid and which is said have anti-histamine properties. This means that it stops the release of allergen histamine from cells. It may, therefore, help prevent rashes due to heat on the skin. It also helps in preventing allergies and fights inflammation in the body.