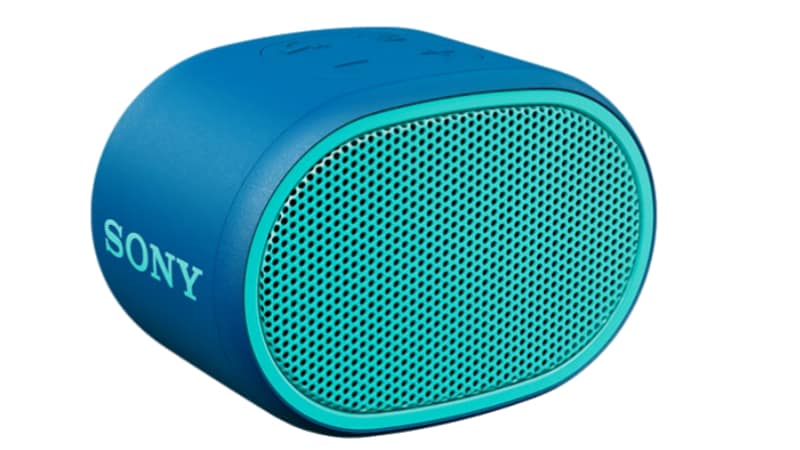 Sony on Monday announced the launch of its new SRS-XB01 speaker in the company’s Extra Bass audio range in India. The new SRS-XB01 speaker comes with a compact design and some of its key features include IPx5 splash proof rating, a claimed 6-hour battery life, Bluetooth v4.2 connectivity, and a handy strap. The Sony SRS-XB01 portable Bluetooth speaker has been priced at Rs. 2,590 in the Indian market. The speaker has been launched in Black, Blue, Green, Red, White, and Yellow two-tone colour options. The electronics giant’s SRS-XB01 Extra Bass speaker will be available across all offline Sony Centers, major electronic stores, and Flipkart starting October 1.

The Sony SRS-XB01 Extra Bass portable speaker has a maximum power output of 3W, Bluetooth v4.2 with a range of 10 metres, hands free control with a built-in microphone, a stereo mini jack, a rear-mounted passive radiator, 5V voltage, a 800mAh battery unit, and a Micro-USB port, the company said. The box comes with a bundled USB charging cable. The main unit has a weight of about 160 grams.

To recall, the SRS-XB01 was first launched globally at IFA 2018 in Berlin at a suggested retail price of $34.99 (roughly Rs. 2,600). Interestingly, the global variant was launched in four colour options – Black, Blue, Red, and White – but Sony has decided to bring two additional colours – Green and Yellow – to the Indian market.

This Sony Extra Bass speaker competes with the Xiaomi Mi Bluetooth Speaker 2 that was silently launched in India on Monday. The Xiaomi portable speaker offers a similar battery life of about 6 hours, a built-in microphone, a 480mAh battery, and an audio frequency of 200Hz to 18kHz, at a much lower price point of Rs. 799.