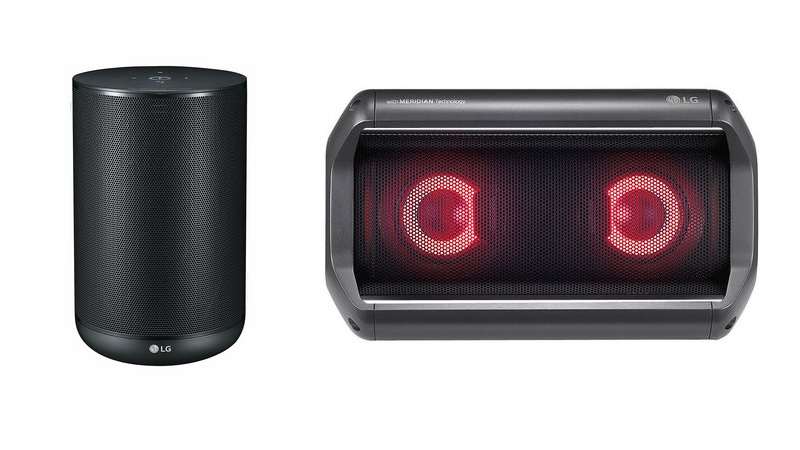 The South Korean tech major has partnered with UK-based Meridian Audio – makers of high-fidelity audio components – on the speakers.

“As technology is pervasive and ever-changing, we have been witnessing a lot of exciting trends coming our way, one of which is definitely AI. With this evolving trend, we are happy to present the new range of speakers equipped with this technology,” Younchul Park, Director-Home Electronics, LG Electronics India, said in a statement.

The LG Xboom AI ThinQ WK7, part of the company’s CAV lineup, comes in a cylindrical form factor, measuring 135mm x 210.7mm x 135 mm, while the grille wraps around the body with a seamless finish. The speaker is one of the first products with Google’s new Android Things platform built-in, with which users would be able to get information, get reports on the weather, check the calendar, make calls and control a whole range of smart home devices, the company added. The speaker also has Chromecast functionality built-in, and can play back lossless audio at up to 24-bit/ 96KHz quality. There is also a 24-bit upsampling feature.

LG’s new PK series features a handle that makes it easy to pick up the device and carry it. The front of the speakers come with a grille that lets the user see its dual tweeters and woofers. With the dual passive radiators, the speakers deliver better bass performance without using more power or additional speakers, the company said. The LG PK speakers also feature built-in LED lights that pulse according to the rhythm of the music being played. The speakers are rated IPX5, as weather-proof and splash-proof. The speakers are rated to deliver up to 20 hours of music playback on a single charge with their integrated battery. The speakers also feature voice command tech, allowing users to control them by voice. The Meridian Audio tech being touted includes Clear Vocal and Enhanced Bass presets. There is also aptX HD connectivity.